According to the 2020 Swanepoel Trends Report, Keller Williams is highly regarding as one of the most compelling and important real estate companies of 2020. The report goes on to say that the company has a huge impact on the real estate brokerage industry by and large. No wonder the brokerage continues to reign No. 1 in the industry for the last two years in row.

The company itself refers to its story as “the most stunning David and Goliath stories in real estate history.” Keller Williams Realty was founded in 1983 by Gary Keller and Joe Williams in Austin, Texas. The single office sold local residential real estate throughout the Austin area and after two years of being in business the company became the largest firm in Austin.

Keller Williams expanded outside of Texas in the early 1990s and opened its first out of state office in Oklahoma in 1993. By 1997 the company had expanded throughout the United States and later was recognized as the 6th largest agency in the country. The year 2004 marked the brokerage as the fastest growing firm in the country with 45 offices and over 30,000 agents. In 2010 the company went International.

The company took a unique approach and did not follow a traditional real estate office mentality. It began with the introduction of the Leadership Council (ALC) in 1986. Keller wanted to reinvent the wheel and focus on the agents. He wanted a company that “focused on the prosperity and well-being of its people would become an environment no agent or team ever wanted or needed to leave.”

Through this the WI4C2TS was developed. This is the core belief system of the company, Win-Win: or no deal, Integrity: do the right thing, Customers: always come first, Commitment: in all things, Communication: seek first to understand, Creativity: ideas before results, Teamwork: together everyone achieves more, Trust: starts with honesty, Success: results through people.

The profit share program, also developed from ALC’s sessions, to date has distributed more than $1 billion to agents who have helped the company grow. The program treats associates as business partners rather than just employees. Market centers share approximately half of their monthly profits with their team.

Keller Williams is always looking to be at the cusp of the real estate market. The company invested $1 billion in technology seeing the importance of software products and systems. Through the investment several programs and systems have emerged. The Keller Cloud was invented where real-time information can be shared via agent to customer. Kelle, the virtual assistant was also created which assists in market data, referral networking and helping navigate other Keller Cloud systems. The latest is Command, a multi-faceted, customizable platform available to all Keller Williams agents.

“World-class technology companies need to own their product vision, they can’t rent it. We can’t outsource our road map and vision because no one cares more about what you need to be successful, than we do,” said Josh Team, former chief innovation officer turned president in 2018. “Our observation is the number one challenge an agent faces is the number of independent, disconnected technologies.”

Since becoming the No. 1 Real Estate Franchise, Keller Williams has seen many successes. In 2018 locations in both the U.S. and Canada generated more than $332 billion in sales revenue. In the same year, out of the brokerages that were on the REAL Trends 500, 174 were Keller Williams. In 2019 the company was named a Top Workplace for Women by Forbes and a Top Workplace for Veterans by Indeed and ranked No.1 in the real estate and urban development category on Fast Company’s prestigious annual list of the World’s Most Innovative Companies for 2019.

Keller Williams cannot be matched and there is no other like it in the industry. Through the growth of the firm to the innovative ideas, agents have no boundaries when it comes to the real estate business. That is why the company has reigned as No. 1 in Real Estate Franchise since 2018.

New Orleans is still seeing the aftermath caused by Hurricane Katrina. After years of waiting, city... 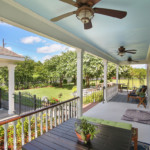 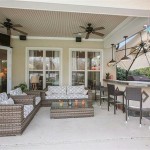 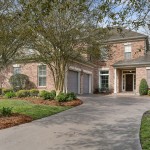