Mortgage Demand Up Now More Than Ever

Mortgage demand from potential homebuyers is up 13% annually even though the interest rates are rising. According to CNBC mortgage rates were at a record low at the beginning of the second week of June but began to rise throughout the week and spike at the week ending.

The 30-year fixed increased to 3.38% from 3.37% for conforming loans with a 20% down payment. The slight increase prompted potential homebuyers to make a move. Applications for loans to purchase a home went up 5% during the second week of June and were 13% higher than this time last year.

Applications for refinancing also jumped 11% making the refinance share of mortgage activity increase from June 2019’s 59.5% to 61.3% in the second week of June 2020. The volume was 80% higher than it was a year ago when mortgage rates were 74 basis points higher.

“The recovery in the purchase market continues to gain steam, with the seasonally adjusted index rising to its highest level since January,” said Joel Kan, an MBA economist. “Purchase activity increased for the eighth straight week.”

Along with the low-interest rates, the spring market demands are fueling the recovery in the housing market. There is pent-up demand with a shortage of inventory. According to Zillow inventory was down 25% from this time last year.

The Federal Reserve reported a slight pullback of rates this week. During their meeting on Wednesday, they felt the rates would not rise again.

“The Fed announcement is the biggest potential flashpoint for volatility in the bond market this week. The Fed will certainly continue to buy Treasuries and mortgage-backed bonds,” said Matthew Graham, chief operating officer at Mortgage News Daily. “This is a key ingredient in keeping rates as low as they have been.”

Fed Says Stimulus Will Keep Coming Years After the Pandemic

Fed Says Stimulus Will Keep Coming Years After the Pandemic

As of last Wednesday, the Federal Reserve did not change the rates and maintain they will keep...

The Audubon Nature Institute is a big part of the New Orleans' area attractions. Residents and... 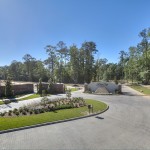 These New Homes For Sale Will... 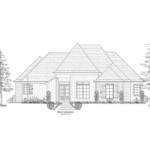 This Custom, New Home For Sale...

Drew Michael Treuting
2020-04-07T20:23:27+0000
Kelly & Michelle worked with my wife and I to help us sell our first home and help us purchase our new home here at... Cypress Parks in Belle Chasse. The process was very easy and we recommend their services for anyone who is need.read more